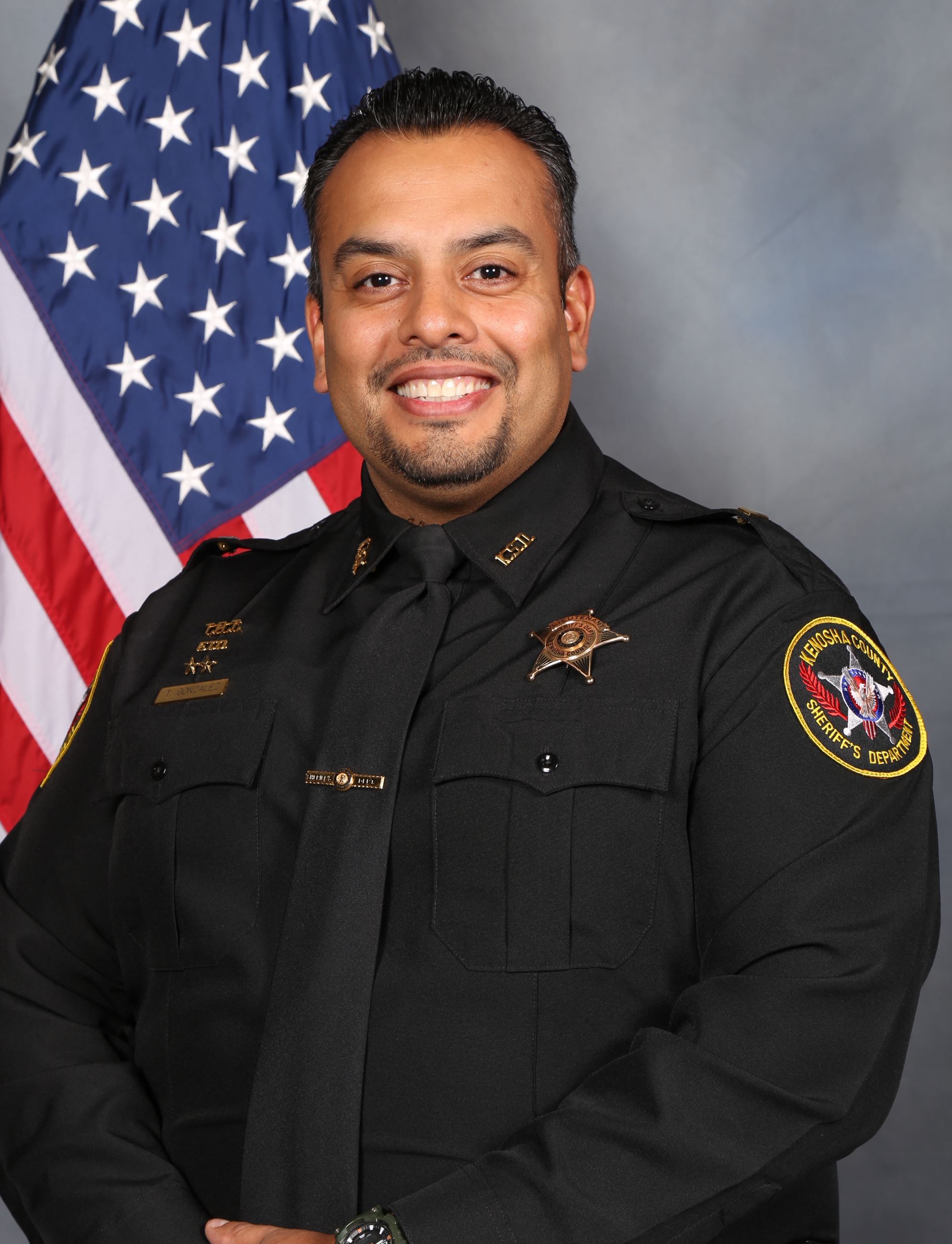 A native of Guatemala, Captain Tony Gonzalez was raised in Chicago’s southside. He served eight years in the U.S. Navy as a Hospital Corpsman with the Fleet Marine Force. After his military service, he pursued his education and attended Herzing University, where he earned his bachelor’s degree in criminal justice. He later earned his master’s degree in Organizational Leadership and Administration from the Concordia University – Wisconsin, Batterman School of Business.

Captain Gonzalez was hired as a Deputy Sheriff by the Kenosha County Sheriff’s Department in February of 2008. In his early career, he was assigned to the Operations Division. During those early years, he had the opportunity to work on all three patrol shifts and be assigned to contracted patrol duties in the Village of Paddock Lake and the Village of Bristol. As the department’s first fluent Spanish-speaking deputy, he was a sought-after asset assisting surrounding agencies with translation in various investigations.

Captain Gonzalez also served on the Crisis Negotiations Unit from 2011 to 2016 as a hostage negotiator and served as the unit commander from 2016-2020. Other training includes Crisis Intervention Team, Statement Analysis, and Supervision of Police Personnel at Northwestern University’s Center for Public Safety. He is the first member to complete FBI-LEEDA’S Supervisor Leadership Institute, Command Leadership Institute, and Executive Leadership Institute.

Captain Gonzalez was promoted to Sergeant in 2016, where he spent time supervising all three patrol shifts. In addition, he also served as a supervisor in the department’s Conveyance Unit and as the Sergeant of Training and Public Information Officer responsible for media and community relations.

As commander of the Operations Division, Capt. Gonzalez oversees the Patrol Unit, the Detective Bureau, and various Specialized units within patrol operations.